Pet Owners Get the Point

Pet Owners Get the Point 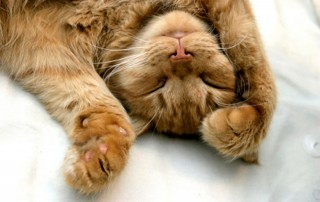 Americans spend more each year on Fido and Fluffy than on booze, bread and everyday pantry staples.

The Bureau of Labor Statistics reports that the average U.S. pet owner spent $502 on feathered, furred and fishy friends in 2012. That’s more than the $456 the average person paid for alcohol in one year or the $404 they spent on men’s and boy’s clothing. Pet food alone costs the average household $183 — more than most folks spend on chicken, cereal, bread and candy.

So to all who scoffed at the idea of a veterinary practice emphasizing animal acupuncture, massage and house calls, you can stop laughing now. The odds are tilted in favor of Acupet Wellness and Dr. Mandy DuBose.

The latest numbers underscore just how much people in the U.S. think of their pets. Collectively, they spent nearly $53 billion on them in 2012. That’s an all-time high and the first time in history that more than $50 billion has gone to dogs, cats, canaries, guppies, reptiles and every critter in between, according the American Pet Products Association, which confirmed the numbers.

That’s a lot of zeros to say the least, and the $6.2 billion that went toward grooming and treats last year is more than Facebook made in advertising revenue. The numbers speak volumes. Not even the brutal economy of the past few years has reversed the trend of spending on pets. The totals have risen every year right through the Great Recession.

Dr. DuBose hopes the APPA is accurately predicting a climb of at least 4 percent for 2013, particularly in her niche market — referred to as alternative pet care — which totaled about $12.5 billion last year.

If you thought services like acupuncture were hoity-toity and just for Westminster’s best-of breeds, think again. It’s one of the most popular services offered by Acupet Wellness. That’s good news for Dr. DuBose, who last year made the switch from traditional veterinary care to more unconventional techniques involving ancient Chinese medicine and herbal therapy to treat animals with chronic conditions.

Some of the worst scaredy cats in the world love acupuncture, including the ones that are dogs. Even animals that typically don’t like to be touched don’t seem to mind the tiny needles. Some are so relaxed during acupuncture sessions that they take real catnaps, says Dr. DuBose.

“It’s good for them, completely safe and painless. Trust me, lots of people practices like waxing legs or eyebrows hurt worse.” Treatments last from less than a minute to 30 minutes, depending on your pet’s needs and condition.

Acupuncture is used to help cats and dogs with all kinds of disorders, including chronic pain, arthritis, asthma, allergies, and even kidney and liver problems. In many cases, acupuncture also helps ease the side effects of cancer treatments. And for animals that are paralyzed or limited by arthritis, acupuncture can make a big difference in restoring their mobility, Dr. DuBose said.

Even in conventional practices, acupuncture often is used with analgesics and prescription drugs to speed healing and relieve pain during and after surgery. Dr. DuBose stresses that her treatments are meant to complement, not replace, veterinary medicine.

Before acupuncture made it to pets, it acquired an ancient history on people before moving into the modern mainstream. That’s what popularized it for pets as well, said Simon Flynn, executive director of the American Academy of Veterinary Acupuncture. Last year, the nonprofit group had 940 veterinary acupuncturists in its membership, compared to about 200 a decade ago.

In its most basic form, animal acupuncture is the application of fine needles to various points throughout the body to treat almost any disease or condition. One of the earliest recorded cases was on elephants in India 3,000 years ago although the father of veterinary acupuncture generally is considered Shun Yang of China.

Acupuncture for humans didn’t catch on in the U.S. until the 1970s, and in the veterinary world it gained footing in the mid ’70s when the International Veterinary Acupuncture Society was founded.

But does it actually work?

“I totally understand the skepticism. It’s not like you can ask dogs and cats how they feel and if it’s working” Dr. DuBose said.

The testimonials are in purrs and wagging tails perhaps. Pets’ families often report that their animals seem more relaxed and perkier, particularly those with low energy levels. Senior pets may act younger, and most owners say their pets do things they haven’t attempted in a while.

The results may not be immediate and may require several treatments, but Dr. DuBose says pet owners should see improved behavior and movement nonetheless. To be fair, the American Veterinary Medical Association, which represents more than 78,000 veterinarians, does not endorse animal acupuncture as a specialty, although it does recognize the growing interest in alternative treatments.

So if you decide to try it, go with advice from the International Veterinary Acupuncture Society, says Dr. DuBose. Make sure whoever treats your pets is a licensed veterinarian, which she is, and has formal training in veterinary acupuncture, which she has — from Chi Institute, the leader in traditional Chinese veterinary medicine.