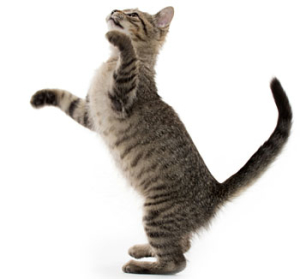 Ancient medicine with a modern twist

The theory behind Traditional Chinese Veterinary Medicine is generally alien to most Westerners. It’s completely different from what we’re used to. But it’s been around for more than 3,500 and clearly has withstood the test of time. Just because the terminology sounds odd doesn’t mean that the reasoning behind it isn’t sound.

Without modern technology to rely on, ancient physicians used their senses and observation to diagnose and treat illness. Traditional Chinese Veterinary Medicine views the body as an intricate system, where an imbalance in one area affects corresponding organs. It is believed that identifying and correcting the imbalance is the key to your pet’s health.

As such, TCVM treats the root causes of the symptoms, not just the symptoms themselves. Both TCVM and the more familiar Western Veterinary Medicine (WVM) use physical exam and prior history to make a diagnosis. WVM also uses testing such as blood work and radiographs to help characterize disease. TCVM includes pulse evaluation and palpation of certain points on the body to refine a diagnosis. Both styles of medicine have strengths and weaknesses, but used together give us many more ways to help animals heal.

Traditional Chinese Veterinary Medicine can be very effective in treating chronic disease for which WVM does not have a cure including kidney disease, cancer, liver disease and paralysis.
Go to Top